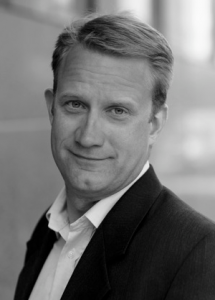 Internet Exchange Points (IXPs) have recently gained increased interest in Internet Governance discussions, as well as among governments. IXPs have played an important role in the development of the Internet, and especially in driving down connectivity costs, increasing resilience of the network and in improving the end-user experience.

Europe today is the region of the world with perhaps the most IXPs in the world. This density of interconnects has served Europe well, and has contributed to among the highest broadband speeds to the lowest cost. IXPs and interconnects were established early in the European Internet as a means to save on expensive transatlantic costs (at a time when 80% of all traffic went to content located in the US), as well as saving on expensive intra European circuits. IXPs and interconnects allowed the new and emerging Internet Service Providers (ISPs) to compete with the larger and often incumbent operators. This competition followed the deregulation of the European telecommunication markets in the early 1990s, and this led to a build out of access networks as well as price erosion in the end user charges. The importance of deregulation in creating a competitive European market can’t be overstated, and this was also instrumental in creating the dynamic interconnected ecosystem that still exists today. Another reason for the success of the IXPs in Europe is that they are almost all membership owned and driven. This was possible through the emergence of the cooperative environment that exists still today. This is reflected in the recent OECD study  of interconnection agreements, which showed that 99.5% of agreements are made on a handshake, and not in written agreements. OECD is continuing to do work in this area with more studies supported by the Internet Technical Advisory Committee.

So why is the existence of IXPs and interconnects important? First of all, IXPs still can save on costs, although the cost for circuits and Internet transit in large parts of Europe today has fallen sharply and tends to be at or below the cost for connecting to an IXP. More importantly however, IXPs also helped to improve the end user experience over time. In the early days of the European Internet, traffic between operators in the same country could go via the US and back. This changed gradually and initially traffic stayed in Europe and over time traffic stayed inside countries, and today the trend is for more and more IXPs inside each European country, further keeping traffic local, improving the end-user experience and lowering the cost for handling traffic overall. This gradual localization of traffic drove the development of new IXPs, while at the same time new IXPs enabled the localization of traffic. This mutual benefit led to a dense network of interconnects. Today, this localization is furthered with the deployment of content delivery platforms (from companies such as Google, Akamai, Limelight etc) both located in many IXPs, but also inside operators’ networks and close to the end users. This is driven by the advent of high bandwidth applications such as video, which puts greater requirements on performance between content and end users.

Lastly, IXPs and the dense interconnection network that were developed have  increased the resilience of the European Internet. This density has helped the European Internet work through major events such as 9/11 and large scale outages in operators, which has allowed the network and content to continue to function. This is an aspect often overlooked but IXPs and interconnects play a crucial role in securing the Internet and all the applications that depends on it.

Many other parts of the world today find themselves at a similar state of Internet development as Europe was at in the early and mid 1990s. There are many important lessons to be learnt from what happened in Europe and what the driving factors were. Other regions can learn from the factors that created the enabling environment that fostered the growth of IXPs and interconnects, such as the deregulation of the telecom markets and the trust and cooperation between the operators. The European experience has been a success with high bandwidth broadband at low cost for the benefits of the end users. This in turn has acted as a platform for the development of new services and ecommerce that has driven the growth of the digital economy.