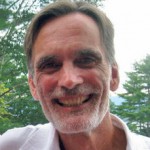 We’ve all used the term “Open Internet” so often, in so many different contexts, that we tend to assume that everyone knows what it means—and that it means the same thing to everyone! But some people think that having an “open Internet” is the same as having “network neutrality,” and others think that an “open Internet” is simply an anarchy in which the rule of law and other norms of human behavior don’t apply. Neither viewpoint captures the essential properties of openness that make the Internet such a uniquely valuable platform for social and economic growth.

As we head towards the 2016 OECD Ministerial, which will focus on the way in which good Internet policy making supports an expanding open Internet economy and stimulates innovation and economic and social growth, it will be useful to find a common understanding of what an open Internet is, and why openness is one of its most important features.

In the Internet, openness is about opportunity, not ideology: it is about the opportunity for students, entrepreneurs, creators, and inventors to explore new ideas and new business models without asking permission from any established gatekeeper. Openness is not about promoting the social or political values of one group over others. It is freedom, not disorder. The open Internet is an environment of social and economic empowerment not because its supporters relentlessly assert that “openness is good,” but because it confers extraordinary tangible benefits:

However we use the term “open Internet,” we tend to take these benefits for granted, as though they were natural consequences of building a global network. But we enjoy them not just because the Internet is global, but because it is open—and we will continue to enjoy them only if it stays that way.

Lyman Chapin has contributed to the development of technologies, standards, and governance structures for the Internet since 1977, and is widely recognized and respected as a leader in the networking industry and the Internet community. His broad experience and deep insight are invaluable to Interisle’s clients, who benefit from his ability to focus both a powerful intellect and the skills of a seasoned diplomat on problems ranging from network architecture and design to organizational dynamics and business strategy.