Over the past handful of years, the mobile application ecosystem has grown from a niche environment to become an integral part of the lives of many people. This opens up questions as to the value and place of the Web when so much apparent momentum seems to be directed at a competing set of solutions. Within this context, I was kindly invited last June to present on Open Web Standards at the OECD. I was happy to report there that news of the Web’s decline appear to have been largely overhyped.

To begin with, Web applications are very much with us. The HTML5 standard is on track to be finished in 2014 but is already massively deployed both on terminals and in content, and Web technology overall has benefited from impressive innovation velocity and high-paced competition between vendors.

In fact, Web applications are so mainstream that we have ceased to notice them. Facebook and GMail, to name just two of many, are undoubtedly applications and for the vast majority of their users accessed over the Web. Additionally, many mobile applications are, unbeknown to the user, built using Web technology. While that does not fully integrate them with the Web — for instance one cannot openly link into them — it does show how core the Web has become to our technological stack. It has matured to the point where major vendors such as Mozilla, Samsung, or Intel are now shipping operating systems entirely built on Web technology (FirefoxOS and Tizen).

On their side, mobile apps suffer from a number of issues. As described by GOV.UK in “We’re not ‘appy. Not ‘appy at all” (http://digital.cabinetoffice.gov.uk/2013/03/12/were-not-appy-not-appy-at-all/), while citizens massively use mobile services, mobile apps are rarely justified. The smartphone marketshare is such that even when going to the trouble (and cost) of targeting multiple phone systems, over half of the population remains excluded from information delivered through mobile apps. This makes them a particularly poor choice for PSI. Releasing an app has a higher cost for lower return, and the way app stores function distorts the market by instituting a tax on switching operating systems and enables privatised censorship.

That said, mobile apps do have an edge in specific areas. Some of those are rooted in regulatory issues, an example being the tangled mess that is the national and international payment regulations. It makes it far easier to funnel all application sales through a small number of large players and much harder to deploy an open payments system to counterbalance monopolistic accretion.

Other areas are more strongly technological. For those, the W3C is pushing to close the gap with mobile apps so as to continue advancing a Web for all, accessible and fully internationalized; a Web on everything, be it mobile, TV, automotive, or beyond; and a Web society supporting privacy and security for users and a level playing field of fair technology for innovative business of all sizes. 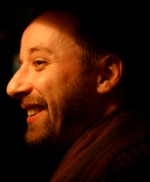 Robin Berjon is a freelance expert in Web technology with over a decade’s experience in contributing to standards and open source projects. He currently works for W3C where he edits the HTML5 standard.