It was always intended that IPv6 would be fully deployed before we ever ran out of IPv4 addresses. We’ve managed to deviate from this plan. The regions of Asia, Oceania, and Europe have effectively exhausted their supply of IPv4 addresses, and we anticipate that North and South America will be in a similar position by the end of 2014.

Instead of deploying IPv6, we appear to increasing our reliance on what was intended at the time to be a short term mitigation.  Much of the recent growth of the Internet has been supported using Carrier Grade Network Address Translators (CGNs) in IPv4, where IPv4 addresses are shared across a number of customer connections.  There are some serious concerns about the long term implications of an Internet that increases its reliance on CGNs in this manner. A recent study from OFCOM in the UK points to risks of an emerging picture of incumbent dominance and decreasing competitive pressure in the Internet Service Provider sector, and an emerging ability for access carriage providers to decide what applications and services that will be accessed by their users, and the consequent ability for the access sector to impose terms and conditions on content providers in order to reach their customers.[1]

Were we to actually experience these outcomes, it would pose some serious questions for public regulators and policy makers. The risks of a failure in the ability of the Internet to maintain its essential openness and decentralized nature could lead to the contemplation of the prospect of a market failure in the larger Internet economy itself. The risks inherent in such a scenario underline the importance of the commitment made by OECD Member Country Ministers in the Seoul Declaration on the Future of the Internet Economy on the need to: “Encourage the adoption of the new version of the Internet protocol (IPv6), in particular through its timely adoption by governments as well as large private sector users of IPv4 addresses, in view of the ongoing IPv4 depletion.” [2]

We have been active within the OECD’s Working Party on Communication Infrastructures and Services Policy (CISP) in highlighting the risks associated with a failure to complete a timely transition of the Internet to IPv6. We have prepared material for the Working Party that describes in some detail the current state of the Internet’s transition to IPv6, and provides a commentary on this situation. We have also taken the lead in drafting recommendations to the OECD on possible actions by OECD Member Countries, and others, that would hasten the deployment of IPv6. 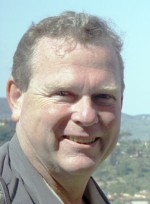 GEOFF HUSTON, B.Sc., M.Sc., is the Chief Scientist at APNIC, the Regional Internet Registry serving the Asia Pacific region. He has been closely involved with the development of the Internet for many years, particularly within Australia, where he was responsible for the initial build of the Internet within the Australian academic and research sector. He is author of numerous Internet-related books,. He served on the Board of Trustees of the Internet Society from 1992 until 2001, and was inducted into the Internet Hall of Fame in 2012. He was a member of the Internet Architecture Board from 1999 until 2005, and remains an active member of the Internet Engineering Task Force. His current research interests include Inter-Domain Routing, the DNS and Security. His blog can be found at www.potaroo.net